Unlock the wonder of mathematics with an instructor who has over a decade of experience in training hundreds of students to excel in middle school, high school, and math contests, and preparing them for higher studies.

If you are ready to invest in working with a tutor on a one-on-one basis, then this is right for you. Based on your student’s current level of mathematical knowledge and goals, we will develop an individualized curriculum and custom homework sets to suit your student’s needs. Please visit our Tutoring page, and fill in and submit the request form so that we can learn about your student and provide more information.

We teach concepts from official math courses for grades 8 through 12. These include:

We do not offer official credit, but students find working with us to be highly beneficial because of the clarity and quality of our teaching.

For motivated students, we teach in an enriched path that teaches problem-solving and mathematical proofs. Subject areas include algebra, geometry, combinatorics, number theory, and proofs. This can serve as excellent preparation for:

We are not affiliated with the organizers of contests or any universities. We do not use problems from past contests when teaching.

Although Seraj had always done well in math in school, it was grade 7 when he first tasted success in extracurricular math contests with a score that was one question away from a perfect paper. Hooked, he continued participating in math contests over the next few years, but the questions kept getting harder and the scores became less impressive. As a smart student, he felt that he should be doing better on contests, but school simply did not teach him the theories needed for these challenges. Finally, by consolidating knowledge from books and websites, putting Herculean effort into practicing problems from different countries, and with the advice of a mentor, Seraj qualified for the Canadian Mathematical Olympiad in his senior high school year, making him one of the top 100 students in the country that year. He was even offered a scholarship from the University of Waterloo for doing well on their senior contest. But two questions kept nagging him… “Did it really have to be so hard?” and “How would I have trained my younger self?” Over the next ten years, from 2011 to 2021, he solved thousands of math problems, as a student and as an educator. The sources ranged from math contests and olympiads to university textbooks to classic puzzles. In the process, Seraj learned how to tackle questions that he had never seen before, and he taught hundreds of students to do the same. He realized that the real problem was that he needed to not only obtain theoretical knowledge, but implement overarching strategies and tactics of problem-solving. If you would like to see a synthesis of the mentality that he internalized, sign up for our newsletter and we will email our Master List of Problem-Solving Principles to you! This document includes principles for psychological preparation, initial investigation, intuitive investigation, strategic and tactical rigorous investigation, analyzing a proof, and avoiding common mistakes. It’s better to preprare earlier than later, so don’t wait to receive these principles!

What students say about the Principal

Samer Seraj is a knowledgeable teacher who takes the effort to understand and connect with his students. He always addresses questions clearly and surprises you with interesting puzzles! 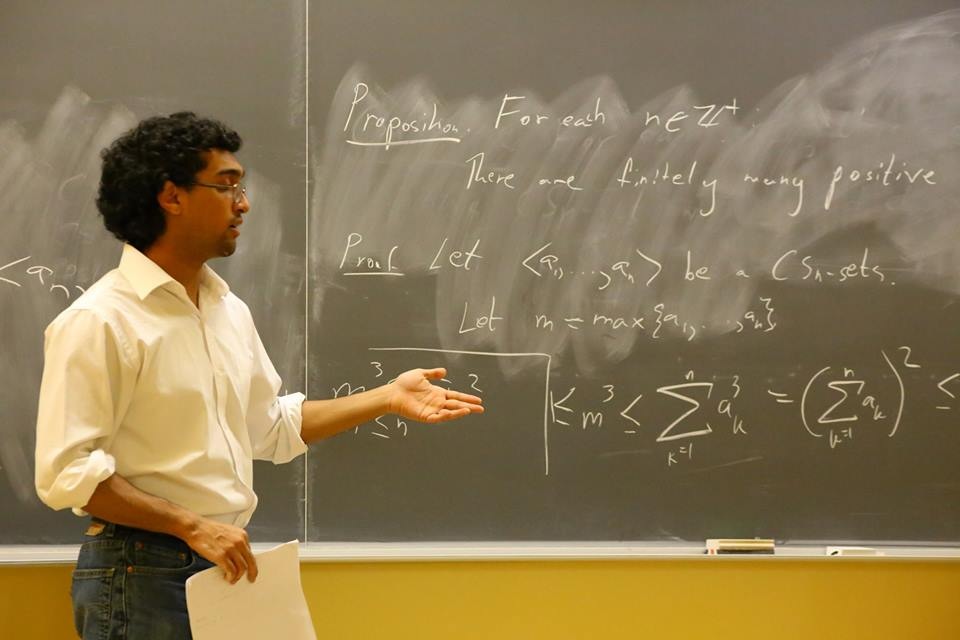